What is a Binding Financial Agreement or Prenuptial Agreement? 16 things to know about BFAs. 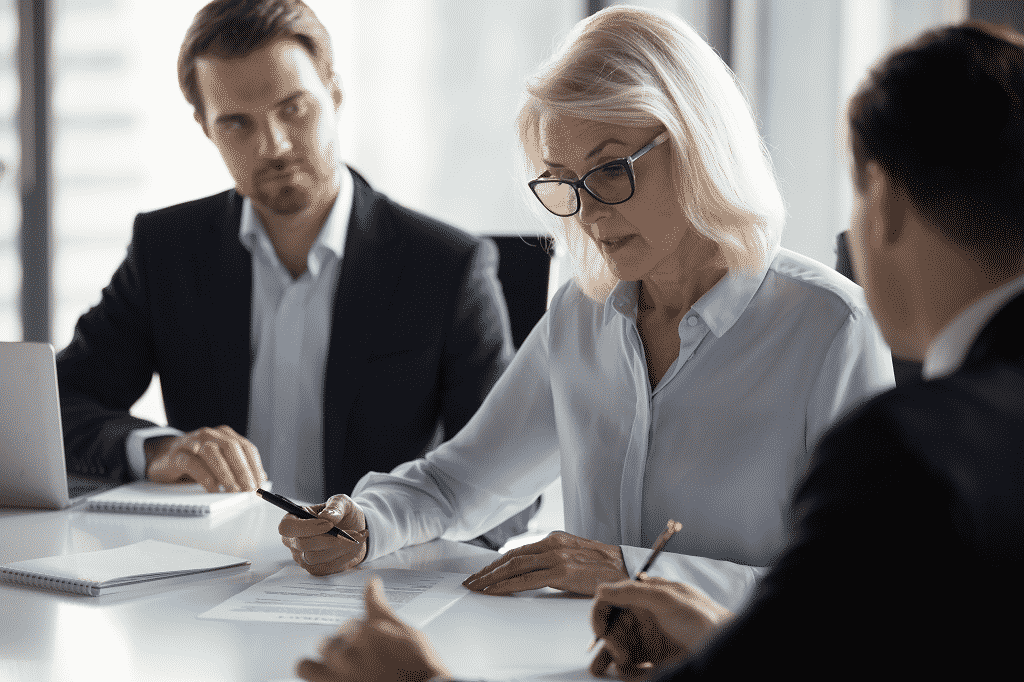 They are becoming increasingly more common in Australia. We prepare and review BFAs regularly.

In simple terms, a binding financial agreement allows parties to enter a binding agreement to divide their assets at separation. They are a contract between one person and their partner setting out their agreement for financial separation in the event of a breakdown of their marriage or de facto relationship. To the extent it is considered valid, the family court will then enforce the agreement. In other words, the parties cannot apply to the family courts to seek a property settlement or spousal maintenance that is contrary to the terms of the agreement signed by the parties.

BFAs provide peace of mind and protection for new couples before saying “I do” or entering into a new de facto relationship. They are an indispensable tool for financial and succession planning.

If you do not have a BFA in place, then either party can apply to the family courts for a property settlement or spousal maintenance.

2. What is a prenuptial agreement?

In Australia, prenuptial agreements are binding financial agreements entered before the commencement of the marriage or de facto relationship.

BFAs are often mistakenly referred to as a prenuptial agreement or a prenup.

There is no concept of prenuptial agreements or prenups in Australia.  The legislation deliberately do not make any reference to the phrase “prenuptial” to draw the distinction that binding financial agreements are a completely different concept.

3. When can parties enter a BFA?

A BFA can deal with all the financial matters between the parties. It can specify the division of property and superannuation.  It can also make provision for spousal maintenance. The principal purpose of a BFA is limit exclude or exclude one for the parties making a claim against the other party in the family courts.

You should consider preparing a BFA if you answer positively to any of the following questions:

8. When will a binding financial agreement be binding?

In summary a BFA is binding if:

Setting aside a financial agreement can only be ordered in limited circumstances.  The Court may make an order setting aside the Agreement if, and only if the Court is satisfied that:

10. Do you need a lawyer to prepare a binding financial agreement?

For good reason, a binding financial agreement cannot be entered into hastily or as a last minute decision.

To enter into a valid agreement, parties will need the involvement of 2 experienced and independent family law lawyers.

Drafting a binding financial agreement that will withstand future challenge is a complicated task and the lawyers must have an extensive knowledge of all the technical requirements.

There have been a number of cases that show the problems that can arise if BFAs are not prepared properly.

Once the terms of the financial agreement are agreed and drafted into the correct form each party must obtain independent legal advice.

Both parties must receive independent legal advice about the effect of the agreement on their rights and the advantages and disadvantages of entering the financial agreement.

Each of the parties’ independent legal advisers will then complete a certificate of advice and this will form part of the agreement.

If a binding financial agreement is set aside the courts then has the jurisdiction to make orders for a property settlement and/or spousal maintenance in accordance with the usual principles.

If the parties wish to terminate, alter or replace their BFA this can be done by mutual agreement.  If this is the case the parties will have to enter into a new financial agreement or a termination agreement.  Both of these carry the same formalities and technical requirements of the original BFA.

12. What happens if you do not comply with a BFA or prenuptial agreement?

13. What are the advantages of a BFA or prenup?

Some advantages of entering into a financial agreement is having certainly and control over your future financial position, privacy from the usual court process and freedom to do things on the agreed terms.  Financial agreements can be helpful in promoting an amicable and reasonably fast division of assets and liabilities after a breakdown of a relationship. If there is no BFA in place, then either party can rely on their family law rights to apply to the family courts. Without a BFA, and without an amicable agreement, then their financial future is uncertain, because the family courts a large discretion in financial cases.

14. What are the limitations of BFA?

We provide fixed fees for the drafting a BFA.  Telephone us to arrange a 15 minute free consultation or a reduced fee initial consultation to discuss what is involved in preparing a binding financial agreement or prenuptial agreement and what they may cost. Not sure if you need a lawyer? Then read our about your family law rights.

16. What other information is available or should you consider?

If you are seeking information about binding financial agreements, we recommend that by way of background you read about property settlements and spousal maintenance.

You can also find a range of useful information on the family courts website.

Would like a 15 min free advice on prenup please

Thank you for your query Jenny. Please telephone the office today to arrange a time to speak to me this afternoon. Regards, Dirk Klicker

Hi.
I would like some information regarding consent orders asap.
From Victoria..

We pride ourselves on receiving positive testimonials from our clients. To see more testimonials press scroll or go to our testimonials page. Still not sure we are the right family law firm for you, then telephone us for a brief free introductory telephone consultation.

Dirk Klicker at Beacon Family Law provided a comprehensive and compassionate service executing consent orders for me. He was considerate of my circumstances, communicating on my behalf with the other party when I felt I could not, and gave sound legal advice. I would recommend Beacon Family Law to anyone who does not know where to start, or needs completion of family law matters. Thank you to all the team for your professionalism and kindness too.

Beacon Family Law assisted me with reaching an agreement in a difficult family matter. The professionalism, knowledge, and empathy of Dirk and his colleagues were outstanding during a difficult time in my life. Dirk has excellent negotiation skills which I believe is critical in law matters. I highly recommend Dirk and his colleagues to anyone who requires assistance on family matters.

During a difficult time concerning property settlement, Catherine Wong and the staff at Beacon Family Law kept me well informed throughout the whole process in both a professional and respectful manner. Would recommend Beacon Family Law for any family law matters!

I emailed several law firms to ask for a package cost for getting a divorce (separation under same roof), of the 3 or 4 replies i got that day, only Dirk from Beacon was willing to give me a clear up-front price for getting this done . after exchanging a few more emails to correct some misinformation from other lawyers (e.g. they would have to represent me in court due to the fact we have kids, thus more cost?? – not true) decided to book in with Dirk. The experience was very efficient, and he suggested a way forward that would be most cost effective for me. The whole experience ended up costing LESS than what i expected ! Highly recommend Dirk Klicker – Barrister at Beacon Family Law

Right from the beginning Dirk showed a superior knowledge of family law and the Family Court system. His appraisal of my case was both clear and realistic. My case was subsequently handled by Catherine Wong who was equally knowledgable and proficient. Their level headed guidance and willingness to follow my wishes was priceless. Beacon Family Law showed a refreshing willingness to minimise the cost to myself as much as possible and reach an acceptable resolution without unnecessarily dragging things out, which seems to be a common criticism of many other practices. I would highly recommend Beacon Family Law.

I engaged Beacon Family Law to finalise a divorce and financial settlement. Dirk and Melissa were fantastic. They listened to what I wanted, answered my many questions and gave me excellent advice with good communication throughout the process. Professional, caring, and cost-effective, I am very grateful to them for making a difficult process so much easier.

I hope no one ever needs a Family Law Firm!
If you unfortunately do, then you cannot go past Beacon Family Law.
This firm has a very straight to the point approach. They will get your case sorted in the most efficient way possible. Beacon Family Law, tailor their approach to your individual circumstance. I cannot thank Dirk Klicker, and his team, enough for helping me through a very difficult set of circumstance.

The whole team at Beacon family law are caring and professional and are there for their clients from the initial process through to completion.
Through a very stressful time of going through family court process, i would recommend above and beyond Dirk and Clive at Beacon Family Law, to handle your case. Both Dirk and Clive are brilliant ,they have supported me through every step of my court case, and i have the utmost respect for their professionalism and empathy throughout my experience in the family court. Everyone from the Beacon team are so supportive and i am so thankful they were by my side .Personally, i couldn’t have picked a better law firm. Thanks again, for always being there and achieving such a positive outcome for my family.

I changed to Beacon Family Law during my legal proceedings and I was so glad I did! While I dealt mainly with Dirk, I found the whole team to be extremely helpful and wonderful to deal with. From my first meeting with Dirk, I knew I was going to be in good hands. I found his direct approach refreshing. The two way communication was fantastic, wherever possible he made himself available and I always felt I knew what was going on (even if things were quiet). He clearly articulated his expectations of me and in turn what I should expect of him. Dirk was realistic and managed my expectations throughout the process. I didn’t end up proceeding to trial however, if I had, it was Dirk and his team that I wanted in my corner regardless of the outcome. I can’t thank Dirk and his team enough for their professional advice and support during what was an extremely stressful time. I have no hesitation in recommending Dirk and his team and, if the arose, would definitely use him again 🙂